July 23, 2013
As you may have noticed from my prior blog post and other social media blurbs, I attended San Diego Comic-Con last week. One of the many writing-related panels I attended featured a publisher moderating a group of traditionally-published authors. The panel topic was Publishing Science Fiction/Fantasy in the Digital Age, which was promoted in the Comic-Con guide as a discussion of the impact of the digital age on writing, publishing, reading, bookselling, and the traditional book as we know it.

Like at many of the Comic-Con panels and seminars I attended last week, the subject of self-publishing came up, due to what I considered a potentially leading question. What surprised me was the insightful answer offered by one of the panelists.

The panel moderator, Timothy Travaglini of Open Road Integrated Media, asked the panel (I'm paraphrasing due to lack of photographic memory) what impact self-publishing had on today's literature. And I cringed. At other panels (and waiting lines outside panels), I'd heard the oft-repeated (and potentially justifiable) assertion that self-publishing has flooded the market with low-quality writing, burying the good stuff like a needle in a haystack.  Now I feared self-publishing was poised to take the blame for the erosion of modern literature.

I can only speculate on the rationale behind Mr. Travaglini's question, however, as an indie author, I feared an impending witch hunt. After all, the purpose of such a query is to garner opinion as to whether self-publishing is good or bad for literature. And as all of the panelists were traditionally-published authors responding to a traditional publisher, I don't think I was being paranoid in anticipating a less-than-favorable response.

While I sat there wearing my self-promoting, indie-author tee-shirt, formulating a (futile) mental rebuttal, one of the panel authors quickly responded with an answer that echoed my thoughts. The author Cory Doctorow responded to the moderator's question with insightful clarity.  Again, I will paraphrase/summarize, and try to do Mr. Doctorow's eloquent response justice. At the core of the author's answer was the idea that it is good for literature when more authors are able to reach more readers than ever before.

Wait, what? Yup, that's right, a published author not disparaging self-publishing, but actually promoting it as something good for humanity's literacy. More people writing and reading = good for literature.  Not surprisingly, that's how I look at it, too.

Obviously, there are valid concerns with the quality of many self-published works. People will continue to self-publish poorly-written, unedited work. Because they can. That bridge has been crossed--there's no turning back, and there's no stopping it (with the exception of the zombie apocalypse). The 'good old days' of publishing houses being the ultimate arbiters of mass market literature are gone.

However, the often-repeated lamentation that self-published work has flooded the market with so much crap that it's impossible to find the good stuff doesn't hold water. It's easy to avoid self-published works if you so wish. Just eschew Smashwords et al., and continue buying your favorite authors from your favorite publishers. Problem solved.  Just don't complain when you miss out on the next great indie author--you won't find a hidden gem while walking the well-traveled path.

And on a final note, I did enjoy the panel. Mr. Travaglini did an excellent job moderating an informative discussion. I don't want to leave anyone with the impression that there was any indie-bashing going on. That, and Mr. Doctorow's response, were a pleasant surprise. 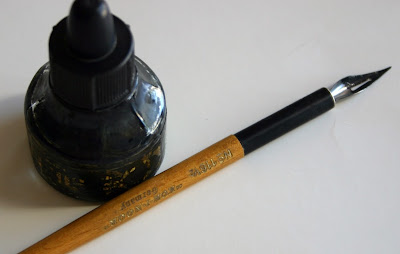