World-Building from the Pros

I admit I was a bit star-struck and would have enjoyed listening to these authors talk about any topic under the sun, although hearing them wax poetic on epic fantasy proved pure bliss. The moderator led with a question to the authors about the importance of world building and how she felt it was the singular identifier of epic fantasy; however, the authors' responses echoed a different perspective.

Robin Hobb was quick to point out that while world building is an important part of epic fantasy, no world, no matter how fantastic or unique, will captivate a reader for an entire novel if the characters aren't deep and compelling. Messrs. Sanderson, Feist, et al, agreed that although epic fantasy features environs full of magic and dragons and more, a character-driven story is still the heart of a successful tale. And while this may seem obvious to some, I understand the lure that word-building has when crafting a novel. It can be tempting to spend months and years constructing the religions, politics, magic systems, geography, weather patterns, economic systems, and other facets of a fantasy world, yet the message was clear that even the best world-building cannot carry an epic fantasy novel alone.

The second theme that Brandon Sanderson championed was the idea that the epic fantasy genre presents a limitless range of stories and plots for an author to tackle. For example, while a mystery novel has its characteristic plot lines and arcs, there is no reason an epic fantasy novel can't be a mystery novel as well. Or a crime novel, or a horror novel, or a romance. Nearly all other genres and plot types can be the foundation for an epic fantasy novel. The fact that epic fantasy can be based in a speculative universe allows immense freedom in not only imagining worlds, but in crafting virtually any type of character and tale an author wants to tell.

So in summary, the two big messages I took away from this panel were; 1) that the most well-built fantasy world still needs a good story and strong characters to complete the package, and, 2) an epic fantasy novel can tell any type of story an author wants to tell, from a 'whodunit' to a love story, and everything in between. 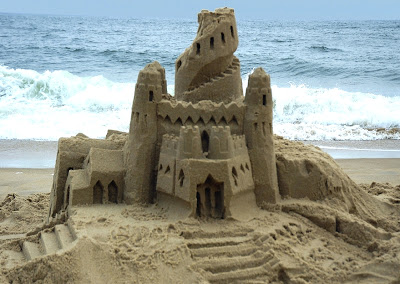