I'll Watch Over You by Angeline Trevena

March 12, 2014
One of my goals for this blog was to help showcase fellow indie authors of speculative fiction.  However, it's been a while since my last feature, so today I get back on track by presenting Angeline Trevena, whose latest short story "I'll Watch Over You" is included in the the anthology titled A Chimerical World: Tales of the Unseelie Court, published by Seventh Star Press and edited by Scott M. Sandridge. The anthology is available as paperback or ebook from Amazon http://authl.it/B00IAHTVSC

Angeline is one of the many authors in the wonderful Google+ Community Fantasy Writers that I'm a member of, and I'm happy to present a glimpse of the author, her short story "I'll Watch Over You" and the book where it can be found; A Chimerical World: Tales of the Unseelie Court. 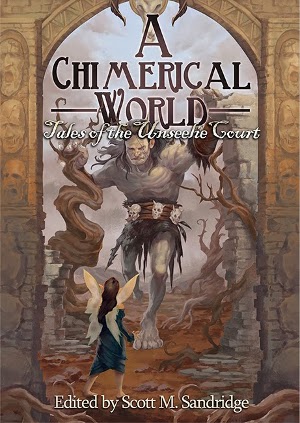 The Fey have been with us since the beginning, sometimes to our great joy but often to our detriment. Usually divided (at least by us silly humans) into two courts, the second volume of A Chimerical World focuses on the Unseelie Court: the court we humans seem to view as the “evil” faeries. But “good” and “evil” are human concepts and as alien to the Fey as their mindsets are to us.

Inside you will find 19 stories that delve into the world of the faeries of the Unseelie Court, from authors both established and new.

But don’t be surprised if these faeries decide to play with their food. 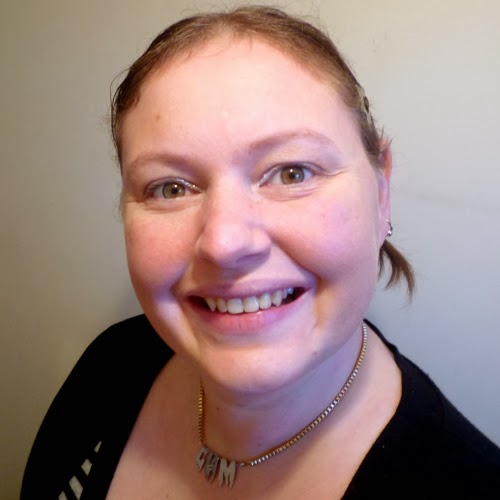 Angeline Trevena was born and bred in a rural corner of South West England where she still lives above a milkshake shop. She is a fantasy and horror writer, poet and journalist.

Some years ago she worked at an antique auction house and religiously checked every wardrobe that came in to see if Narnia was in the back of it. She's still not given up looking for it.  www.angelinetrevena.co.uk

GUEST POST BY ANGELINE:
I've always been fascinated with fairies and, growing up on the edge of Dartmoor in the South West of the UK, I was surrounded with fairy folklore and legends. Be it fairy rings, shadowy groves, or the infamous residents of Pixieland, Dartmoor is filled with little folk ready to help or hinder you.

But not all fairies are into granting wishes or swapping your baby teeth for money.

My love of horror originally started in my teens, with my brother and I watching every horror movie we could get our hands on. We devoured the likes of 'Nightmare on Elm Street', 'The Texas Chainsaw Massacre' and 'The Shining', although it wasn't until my late twenties that I actually picked up my first Stephen King novel.

I still adore horror movies, and I'm working my way through Stephen King's bibliography, despite being one of the most unlikely horror fans ever. I am a wimp. I'm scared of everything. I've even been known to have nightmares after watching an Eddie Murphy film. Sad but true. In turn, I'm also not what people would expect from a horror writer. I'm chatty and upbeat, I love kittens and ice cream, my writing desk is bright pink. But somewhere deep inside me, resides something dark and twisted with a truly sick imagination, and I let it out whenever I write.

My short story, 'I'll Watch Over You', is a tense and atmospheric changeling story, which sees a new mother, Ellen, desperate to save her child from the evil creature trying to steal him. Of course, her husband thinks it's nothing but her hormones gone haywire.

I wrote 'I'll Watch Over You' shortly after giving birth to my own son, and I set the story in the small Devon town I grew up in. It was all very personal. One of the aspects of the story revolves around the baby monitor. Ellen hears voices through it, ominously promising to take her son, to claim him as their own. Largely writing late in the evenings, I spent much of my writing time with one suspicious eye watching my baby monitor. I found myself scared to listen to it closely, paranoid that, if I held it to my ear, I might hear something terrifying. This is a feeling that still hasn't entirely left me.

It's not the first time I've managed to spook myself with my own writing. A previous story about soul-stealing felines, left me somewhat wary of my own cat for months.

While writing 'I'll Watch Over You', atmosphere was a big consideration. I used silence and the slow passing of time facilitated by Ellen being home alone with the baby. Her increased feeling of isolation allows her paranoia to build, and her husband's denial feeds this even further. The story tracks Ellen's slow descent into obsession and apparent madness; feelings that, in many ways, mirrored my own as a new mother.

They say 'write what you know', and this is one very close-to-home story that I feel is all the better for it.