February 16, 2015
Today, I'm featuring an indie book I read and reviewed in 2013. Why so late? Well, Corpses Rarely Wander: How I Became a Loveless, Trailer Park Nomad by Cynthia Polutanovich has been revisited, revised, and relaunched (as of this Valentine's Day, no less). As you can see from my 2013 review below, I enjoyed the memoir upon first read, and am looking forward to a re-read to discover the new content:


Corpses Rarely Wander is a compelling read. In this chronological memoir, the author bares her soul to the reader, detailing the specifics of her difficult life with honesty and candor. The painful, sad, and sometimes harrowing events are not sugar-coated, nor is the author fishing for sympathy or casting blame. She reveals her inner demons while chronicling her efforts to rise above the adversity that haunts her like a stubborn ghost. Simultaneously poignant and humorous, the coming-of-age-style story kept me intrigued to the finish. The somewhat abrupt ending left me wanting to know more, which is a good thing.

Why now for a revision, you may ask? Ms. Polutanovich explained her rationale on Facebook:


The reason why I did this revision was because I realized the memoir, since I started writing it 8 years ago, had an internal view and a world view that was pretty hardened. It was all tribulation and no healings, no process, and no lessons learned. I've done so much inner work, softening and healing over the past 4 years and I wanted that to be reflected here. It was simple. I wanted there to be more love and vulnerability. Also, there were a few more stories I wanted to share. There were also a few more risks I needed to take that I hadn't managed to take in the first version. There were a few more truths that I wanted to tell. Additionally, since I am a truly overzealous reviser, I wanted to go back in and refine the writing even more. But mostly, I wanted to make sure that what I was putting out into the world was good magic. As a writer, I'm responsible for what I put out into the hearts of other humans. And so I toiled for these reasons. It was worth it. I'm finally totally and completely proud of this memoir. This wasn't a little revision. It was a major one. To me, this feels like a whole different book.

The New York Times Called Cynthia Polutanovich’s Writing, “Eloquently Steamy.”
At the age of eight, in 1982, Cynthia Polutanovich, the quirky narrator of this 1980s and 90s coming-of-age memoir, moves with her mother and sister into a trailer park in small town Maryland. After she leaves home at age fifteen, you will journey with her to West Virginia, Nebraska, and South Carolina, taking a break for a long car camping trip along the East Coast, finally ending up in the northern mountains of New Mexico. Circulating through 1990s grunge bars, coffee houses, and living in trailers, shacks and school busses, she deals with issues of fundamentalist religion, relationship troubles, poverty, personal trauma, and a sudden addition to her sexual identity. Told with an unconventional wit, warmth, humor and moments of radical candidness, Corpses Rarely Wander captures the search of a young woman to find love in the world around her, meaning in this brief life, and a home inside her own skin. 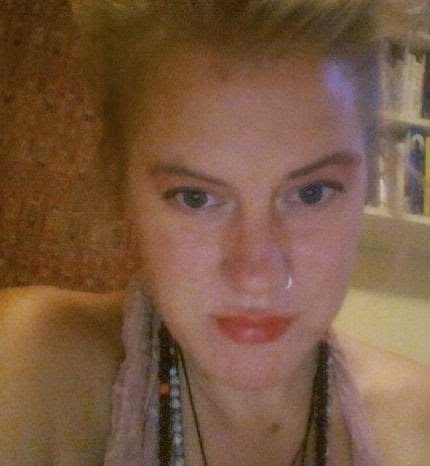 About the Author:
Cynthia Polutanovich is a writer and wanderer. In 2010, she earned her M.F.A. in Creative Writing from Hunter College in New York City. Her poems have been performed to by the critically acclaimed Dusan Tynek Dance Theatre all over the U.S. and Europe. The New York Times described those poems as, "eloquently steamy." For the Sins I Can Remember, a play she co-wrote, played in New York City in 2013, garnering the featured listing in Time Out New York and was produced again at the New Orleans Fringe Theatre Festival in New Orleans. She's still roaming, writing zealously, meditating, and drinking crazy amounts of tea.  You can follow her on Facebook at: http://on.fb.me/17iTpYU and on Twitter: @CynthiaNomad

An Excerpt from Corpses Rarely Wander: 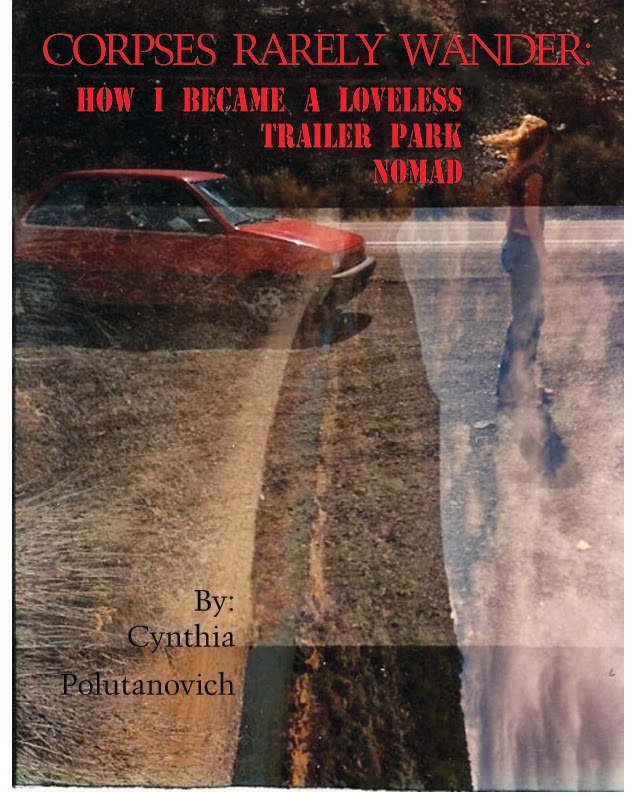