May 19, 2015
My avid comic-book reading years are far behind me, and although Batman: The Dark Night Returns and Watchmen are two of my favorite books, I'm by no means an expert on 21st century comics. That being said, I like to feature speculative indie fiction on this blog, so when I was asked if I'd be interested in featuring the indie comic book Biowars, it piqued my interest. 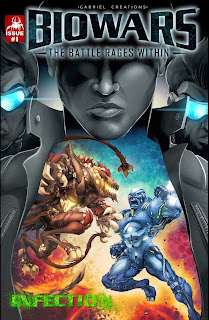 I checked out the Biowars website and was impressed by the professional presentation and phenomenal artwork, so I proceeded to read the first issue of Biowars-The Battle Rages Within titled Infection. Two things immediately jumped out at me. First, the artwork was top-notch; bold, colorful, vibrant, and bursting off the page.

Second, the premise of an entire world full of characters and action set inside the main character's body struck me as unique and intriguing. I found the writing succinct and the dialogue crisp and realistic, and the characters possessed individual, developed personalities. I'll be reading the second edition as soon as I get a chance.

If you're a fan of comics, great artwork, or an intriguing sci-fi premise, it's definitely worth checking out. After all, it's free! Currently, nine issues are available on the website, which is also chock-full of concept art, character portraits, a glossary, and other goodies. 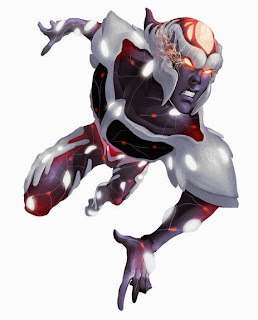 Every hero’s journey begins with a central character that is thrust onto a path that will take him away from the world he knows and into a conflict that can only be resolved using his own inner strength.

In the story of Biowars, that character is Alexander Hawking, a regular guy attending a city college in Manhattan. There is, in short, nothing remarkable about Alex. But then his father inadvertently passes a germ to him, and with it, a destiny. It’s not just any germ, but a microbe designed to annihilate the human immune system. The inner-realm of Alex’s body is a universe unto itself, as vast and complex as our own world. It is an alien setting where strange creatures inhabit living terrain and glide through pulsating corridors. To them, it is the BioCosmos.

As in human society, each of these beings has a role to play that supports the greater whole. The BioCosmos has its own supreme council, defenders, messengers, intelligence officers, and healers. These characters are known as the BioWarriors. 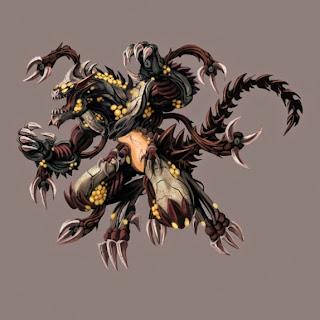