April 20, 2017
I wrote a Google+ post several months ago about how I love the aspect of storytelling through song, and a shared a link of a timeless Paul Kelly tune titled To Her Door. Well, last week I stumbled across last fall's release by John K. Samson, the lead singer of the (most likely defunct) band The Weakerthans. On John's latest album, Winter Wheat, he included two songs that finish the story of Virtute (yes, that's how it's spelled) the Cat. Plea From A Cat Named Virtute appeared on The Weakerthans' 2003 album Reconstruction Site and is told from the cat's point of view. It happens to be one of my favorite songs.

Over the years, John wrote three more songs in this sad saga of a frustrated feline and his flawed human who struggles with substance abuse. It amazes me how a fictional story set to music can be so powerfully compelling and feel like a punch in the gut at the same time.

I thought of writing more about the saga here, but discovered two wonderful blog posts about Virtute the Cat and John K. Samson, and instead of being derivative, I'm just going to post links to each blog with the hope you give them a read. They're much more eloquent, heartfelt, and informative than what I'd envisioned putting together:


A gentleman named Matthew Myers graciously strung these four songs together with lyrics and posted them on YouTube, and the link is below. Note; if you didn't read the blog links above, the third song is from the human's point of view. If you love great songwriting, storytelling, and music, give it a listen. TRIGGER WARNING - if you possess a soft heart or a love for animals, you may be in tears by the end. I was.


The Weakerthans - The Entire Saga of Virtute the Cat (with lyrics) 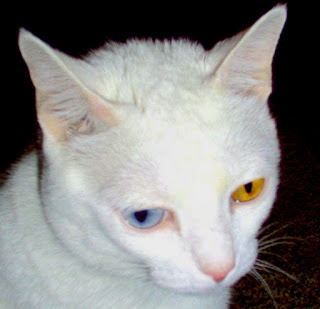