July 09, 2017
Due to the roughly 3-day lag on Amazon's ad dashboard (i.e., "Campaign metrics may take up to 3 days to appear"), my prior post about getting enough impressions at $0.11 to $0.13 cost per click (CPC) turned out to be inaccurate. After I lowered my CPCs to these levels, I saw a large drop-off in impressions and sales.

As Carol Buhler mentioned in the comments on my last post, the CPC is your 'maximum bid" amount in which you compete with other sellers for Amazon ad space. It appears dipping beneath a CPC of around $0.16 began to significantly reduce my bidding power. I understand the ad sales model is a dynamic market and winning bid rates likely fluctuate for many reasons. I'm currently experimenting with several different ads, and it appears CPC bids in the $0.20 to $0.30 range are winning a fair amount of impressions.

I have noticed some ads perform in spurts, getting a lot of impressions over a period and then 'cooling off' without me changing any of the ad parameters. What I have been doing is increasing the CPC on ads that have performed well but cooled off. However, I'm not seeing these ads regain traction even after bumping the CPC, so this strategy isn't working (yet).

I've also set up two keywords ads using the Sponsored Products option (as Carol suggested) and am seeing favorable results with those as well. So far, I'm getting a lot more impressions with these ads, although the clicks and sales are similar to the Product Display ads. For now, I'm going to keep using both types of ads, as they are both generating similar Average Cost of Sales (ACoS; the money spent on an ad divided by the sales generated from the ad).

Although I've set my CPC for the Sponsored Products keywords ads at $0.25, my realized CPC is about $0.14. For these ads, I chose my own keywords (around 100 per ad). Of these keywords, the one generating the most clicks by far for my fantasy books is "Dragon."

If you get a chance to spread the word, I'd appreciate it.

Author Update: Warlock & Wyrm is currently being read by my five beta readers. Once I receive their feedback, I'll make the changes and get ready to publish. Stay tuned for a cover reveal coming soon. 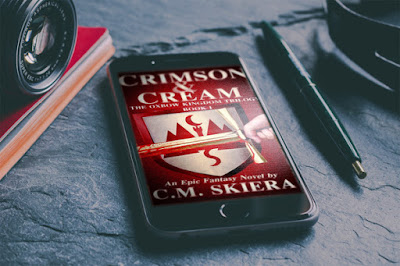