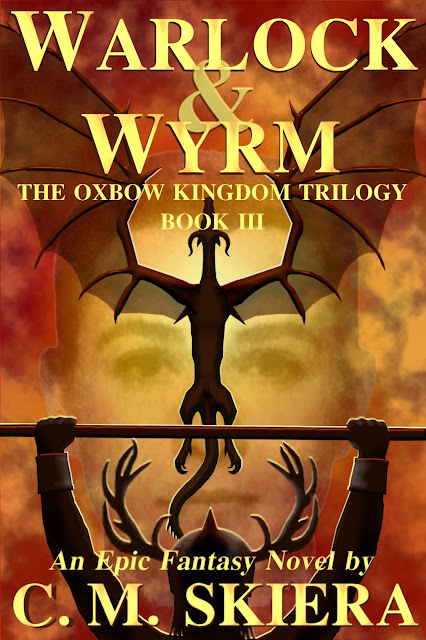 While Jetsam saved his mentor Seryn from execution, a shape-shifting imposter poisoned the royal couple and kidnapped Princess Giselle. As the fugitive wizard Seryn struggles to cure his brother and his love from the changeling's deadly toxin, Jetsam abandons him to search for the abducted princess.

Aided by his orphan ally and loyal terrier, Jetsam discovers the princess's abductor is the pawn of a supreme evil. The reappearance of this legendary warlock and his monstrous horde spells doom for the Oxbow Kingdom. Can Jetsam save the heir to the throne? Will he return in time to warn Seryn of the impending peril? And does their combined magic stand a chance against the Grimlord and his minions?

Author update: As you can see, I'm getting close to the release of Warlock & Wyrm. I'm still working with my beta readers to crush all the typos, improve readability, and smooth any hidden plot potholes, so I don't have a concrete publication date yet, but there is light at the end of the tunnel. My best estimate is in the next month to six weeks, but I want to make the novel as error-free as possible, however long it takes. Thank you again for your support and patience.