Confessions of a Failure; A Post-Game Wrap-Up of My Kindle Countdown Deal

December 09, 2015
I conducted my first Kindle Countdown Deal last month for my epic fantasy adventure Mirrors & Mist, Book II of The Oxbow Kingdom Trilogy. Unfortunately, the results failed to meet even my tempered expectations. But you may recall, I promised to compare the sales from the KDP Select Free events versus the Countdown promotion to see if one is more advantageous than the other.

I'd previously done a few KDP Select Free events where I would typically see a spike in free downloads, and an associated (much smaller) spike in sales. My hope was that the Countdown Deal would produce more sales (albeit at a discounted price), however, this did not happen.

During the Kindle Countdown Deal that ran November 10 through 17, I sold a total of four e-books on Amazon. In comparison, my last Amazon giveaway produced an additional six sales of my first book (which was not being given away) and around 150 free downloads of the featured book.

I advertised my Kindle Countdown Deal on several websites that feature discounted book promotions and I promoted the event on my Twitter, facebook, and Google+ feeds. In retrospect, these efforts appear to have had little effect on sales.

At this point, for my books, the free promotional giveaway appears to be the more effective strategy, for two main reasons:

I suspect the Kindle Countdown Deal can be an advantageous promotion when you have a greater demand for your books, however, I'm not at that point, yet.

Since my KDP Select 90-day term resets soon, I'll be planning another promotion. I'm going to try a second Countdown Deal in December to collect more data, and hope that Christmas shoppers will be more alert for bargains than they were in mid-November. This time, I plan on skipping the website promotions in an effort to gauge their effectiveness.

If you'd like to try the trilogy, you can get a free copy of Crimson & Cream, Book I of The Oxbow Kingdom Trilogy at Smashwords with this code: JH88U. 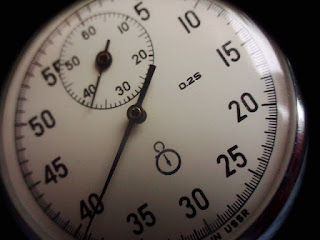